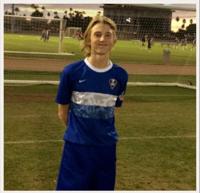 Fury Soccer Club and Pro Performance would like to congratulate Drew Kemper on his selection for the Region 1 2003 Boys ODP International Trip to England. Drew is the only West Virginia player to be rostered for the 18-man squad. He will represent the Region 1, the State of West Virginia and Fury Soccer Club during his time in England. Drew will depart from JFK international Airport for London on Saturday April 8th. Drew and his Region I teammates will have the opportunity to play against three international teams, visit the Emirates and Manchester United Stadium along with the Manchester Museum, train at the Bolton training Academy, and watch a Chelsea training session. Congratulations to Drew on making the Region I team. Fury Coaching Director Kernel Borneo said this will be a great soccer experience for Drew and will go a long way in his development as a player, Drew is the second player from Fury Soccer Club to make the Region I team within the last two years. 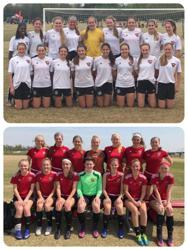 Fury Soccer Club was well represented at the 2017 Premier Spring Shootout – Powered by Under Armour, April 13-15 in Fredericksburg, VA.

Fury Athletica went undefeated in the Girls U16 ERL Premier Red division and finished second in their bracket during the tournament. In the first contest of the weekend Athletica faced the Severna Park Black Thunder 2001 team from Maryland and won 3-2. Athletica followed that up with a tie against the Players Development Academy Shore Fusion team from New Jersey in a scoreless match.  Athletica came away with a win in their final competition of the weekend with a decisive 3-1 victory against New York West’s DMS Academy Black team.
The Fighters competed in the Women’s U18 ERL Premier White division, where they also finished second in their bracket with a record of 1-1-1. The team dominated the New England Rush G1999 Nero’s from Massachusetts, winning with a score of 6-0. The Fighters tied PA West’s Pittsburgh Football Inferno on Friday (4-4). The Fighters’ only loss came on Saturday when they fell to the Baltimore Celtic Soccer Club 2-1.
Congratulations to both teams and coaches on a great job!